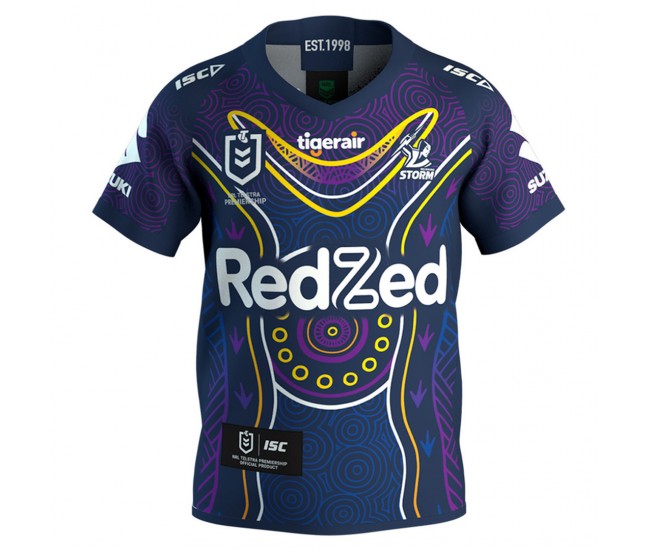 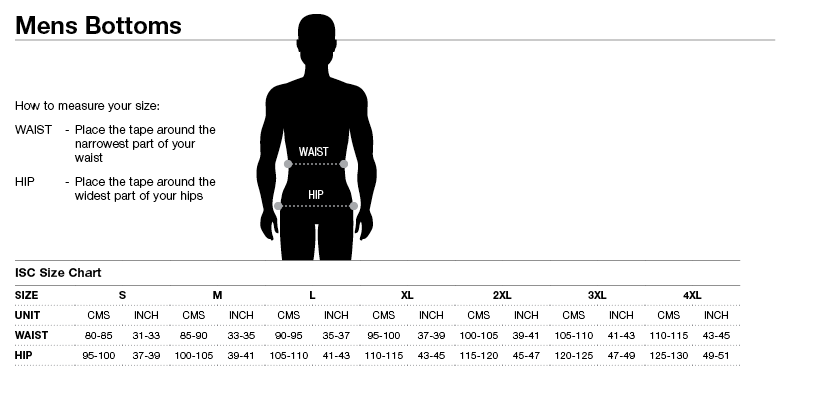 The story behind the Storm 2020 Indigenous Jersey;

"My name is Ky-ya Nicholson Ward and I am a 17-year-old Wurundjeri, Dja Dja Wurrung, and Ngurai illum Wurrung woman.

The jersey is called ‘Jindi Worobak’ which means ‘Join and Unite’ in Woiwurrung which is the language of my people, the Wurundjeri people, the traditional custodians of Narrm (Melbourne). This is my way as an artist to acknowledge the players, the workers, volunteers, and fans that all join and unite to create the amazing Melbourne Storm community and environment.

The centre circle on the jersey represents Aami Park, and the white circles represent the fans and crowd who come united to support the players. It represents how when we all come together as one, we are stronger.

The joint circles flowing through the middle section of the jersey represent the Birrarung (Yarra River) which is a very significant and spiritual river to my people. ‘Birrarung’ means ‘river of mists’ in Woiwurrung, this is because the mist dances along the river at dawn which is linked to my people’s dreamtime/creation stories. Circles have no beginning and no end, just like Aboriginal people and Aboriginal culture. The circles represent the ripple effect, which symbolises one person teaching culture and stories, and that knowledge being passed on from generation to generation.

The wangiam (one-gim) (boomerang) represents the player’s unique strengths, especially their speed, power and agility. Also it highlights the importance of having a goal and aim in your life, something to aspire to.

The lines on the outsides of the jersey represent strength, these symbols are a very ancient symbol used on the weapons and shields of my ancestors, it is very significant to Victorian Aboriginal mobs as we are a carving culture, we don’t have dot art. This is because we don’t have dessert here and that’s where dot painting originated from, my people carve as our own landscape tells our people’s story.

On the back there is the names of the past and present Aboriginal and TSI Melbourne Storm players, this is to honour them for Indigenous round. 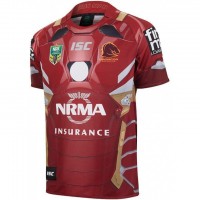 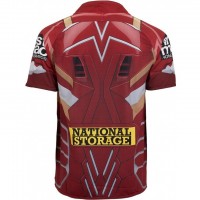 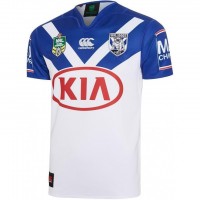 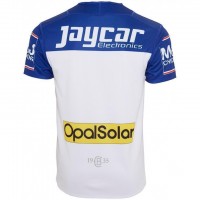 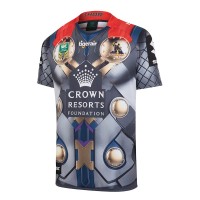 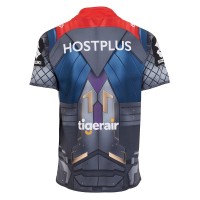